How to pronounce Kubernetes so you don’t get laughed at

We’ve all been there. A new tool is trending, it is getting mentioned all over the place, and you get dropped into a conversation about it. The last thing you want to do is embarrass yourself by pronouncing something wrong and revealing you don’t know anything about the latest thing. We want to make sure you avoid that happening. 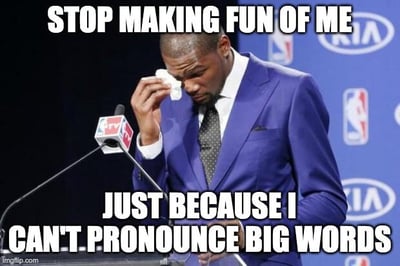 Editor's note: We know there are some other variations out there for these pronunciations, but we're taking a stand! This is how we pronounce stuff at Blue Matador, and we think it's how you should too. Disagree? Drop us a comment.

When it comes to Kubernetes, there are really only four terms that you might need some help with pronouncing. We’ve also created this simple Kubernetes glossary if you’d like to learn more about Kubernetes concepts and objects.

So, how do you pronounce Kubernetes? 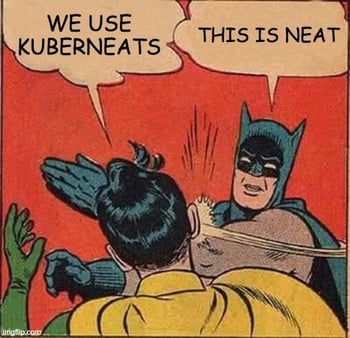 How do you pronounce kubectl?

Definitely not coob-ectal like I thought at first, which sounds like some sort of really bad medical procedure that no one wants anything to do with. Kubectl is pronounced coob-control.

How do you pronounce etcd?

If you are really new to things, I know you look at this and want to say etcetera-D like it is the coolest 80s hard rock band you listened to growing up, but don’t. Just don’t. Etcd is pronounced etsy d (which still could be a pretty cool band name).

How do you pronounce kubelet?

The cutest of all the Kubernetes objects. We’re pretty sure it was a Pokemon in a previous life. This one isn’t too tough to figure out, but just in case, kubelet is pronounced coob-let. 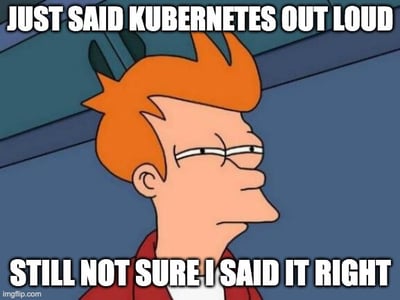 Now you’re a Kubernetes expert—or at least you’ll sound like one. No more avoiding saying Kubernetes out loud in meetings. Now you can confidently lead the conversation.

Does your team say these words differently? Let us know in the comments.

Check out more of our Kubernetes resources in our Learn Kubernetes page.