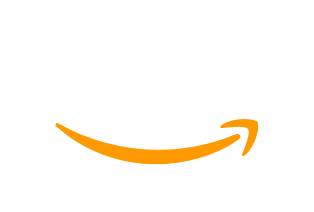 Explore Blue Matador's content
to learn about AWS and its services.

AWS stands for Amazon Web Services. It is the largest provider of cloud compute services in the world and was officially launched by Amazon in 2006. It is used by hundreds of thousands of companies and is the backbone for some of the largest IT infrastructures around. AWS’s operation is huge, it spans all over the globe. To provide the service Amazon has built massive datacenters that house all the compute resources needed to offer the on demand cloud service in a secure and reliable way. AWS also has a huge workforce of around 50,000 employees working on keeping all of the hardware in good shape, creating new offerings, and supporting the massive cloud operation. All of this effort has been completely worth it for Amazon as AWS brings in billions of dollars of revenue and is their primary profit driver. The biggest competitors to AWS are Google’s cloud offering called Google Cloud Platform (GCP) and Microsoft’s Azure. AWS is actually made up of hundreds of different services from compute, storage, networking, email, DNS, security, VR, analytics, machine learning, internet of things and many more. AWS shows all of their services here. AWS users only need to leverage the services that fit their use case to have a fully operational cloud infrastructure.

As the largest cloud provider in the world AWS has millions of customers. Everything from tiny companies, fast growing startups, to some of the biggest companies in the world use it. Its ability to scale, the many types of services it offers, and the flexibility it provides make it a great fit for any company in the cloud, small or big. AWS has a pretty extensive list of of over a thousand case studies from their customers.

How to learn AWS?

There are a lot of different resources to learn as much as you'd like about AWS.  You can explore become AWS certified and utilize their featured learning paths to develop the AWS skillsets you're interested in. They offer role-based paths, solution paths, and partner paths. We're also big believers in jumping in and learning AWS by doing. Fortunately, there is the AWS Free Tier offering which you can leverage to begin building and getting hands on AWS experience. Beyond that there are thousands of blog posts, YouTube videos, meetups, and more to learn AWS. Blue Matador is an automated monitoring solution for AWS cloud infrastructures. We are on a mission to help engineers deliver better products more easily and are also constantly creating new content centered around AWS to help people learn more about it.

We've organized our content into different sections to hopefully make it easier for people to find information more relevant to them.

6. Getting Started with AWS

How to Monitor Amazon EC2 with CloudWatch

Learn about how to setup and use CloudWatch metrics to track problems with EC2 instances.

How many packets per second in Amazon EC2

A test to find the hard-coded PPS usage limit.

Fargate vs. Lambda: Serverless in AWS

A comparison between Lambda and Fargate for serverless in AWS.

What is AWS Lambda

An introduction to AWS Lambda.

Why AWS Lambda Limits Your Functions

If your AWS Lambda invocation requests are getting throttled figure out why with this post.

How to Monitor Amazon RDS with CloudWatch

Important RDS metrics to monitor with CloudWatch and how to catch problems.

What are RDS deadlocks and how to manage them.

An introduction on how to make monitoring RDS easier with Blue Matador.

An introduction to AWS CloudWatch and steps to get up and running with it quickly.

How to Monitor Amazon Elastic Load Balancing with CloudWatch

A quick guide on monitoring AWS ELBs with CloudWatch.

How to Use Static IPs for AWS Application Load Balancer

A workaround to assign static IP addresses for Amazon ALBs.

My First Kubernetes Cluster: A Review of Amazon EKS

A review of Amazon EKS from one of our senior software engineers.

Walkthrough to set up Kube2iam for AWS IAM on Kubernetes.

Getting Started with AWS

How to deploy an app to AWS: getting started

Quick guide and checklist as you prep to launch your app.

How to deploy an app to AWS: Route 53 and DNS explained

Intro to DNS and using the AWS DNS service Route 53.

Ebook: The cheap, easy way to deploy an app to AWS

Comprehensive guide to launch your app with minimal effort.

Do I qualify for AWS Activate?

Read this post to see if your startup qualifies for AWS Activate.

How to apply for AWS Activate

A step by step guide to apply for AWS Activate.

What is AWS Activate

An introduction to AWS Activate, help for your startup.

Ebook: The cheap, easy way to deploy an app to AWS

Read our comprehensive guide and learn the most painless way to deploy your new app to AWS.

Figure out why your AWS Lambda invocation requests are getting throttled.

A tour of CloudWatch concepts, alarms, metrics, and more from our CEO Matthew Barlocker.

What is AWS Lambda

An introduction to AWS Lambda.

Get AWS monitoring in minutes.
Get instant value.